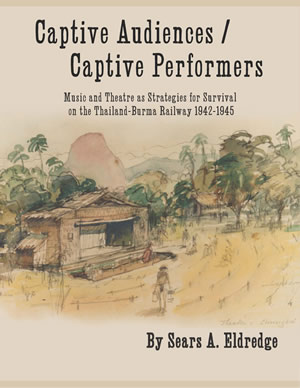 The cover illustration is a detail from Jack Chalker's watercolor of the Chungkai Theatre in 1944. Courtesy of Jack Chalker.

Individual chapters of this book appear chronologically below. The book is also available to view as a single file. (PDF, 17.8 MB)

Printing is not supported at the primary Gallery Thumbnail page. Please first navigate to a specific Image before printing.